The Ald to Latvia Committee was established in 1988, during the tumultuous period when the Soviet Union was disintegrating and many of its oppressed people were renewing their aspirations to regain their freedom.

The situation in Latvia was desperate.  Fifty years of Soviet Communist rule had succeeded in demoralizing the population, squelching any personal initiative, draining the country of its produce to feed city of Leningrad, and suppressing any real forms of religion expression.

The situation in the countryside was especially horrendous.  Family farms had long been abolished in favour of massive centralized and impersonal kolkhozes.  Political pressure and oversight invaded every aspect of life.  Helpless and hopeless would describe the situation quite accurately.

But the people were restless, fed up and actively aching to regain some semblance of freedom and self-determination.  As the window to the Free World gradually opened, we were made aware of the desperate plight of many Latvians, especially those outside the larger centres and in the countryside.

The Latvian Lutheran Church oversight body, LELBA, noted the evolving situation, and urged Latvian congregations worldwide to “adopt” and establish contacts with “Sister Congregations” in poorer areas in Latvia.   This would be on a more personal level than just sending anonymous aid to anonymous people.

That was the background situation that moved the St Andrew’s congregation to establish the Aid to Latvia committee.

Over the years, we have established ongoing relationships with several Latvian Churches and local groups.

Currently, we have three “Sister Congregations” – Daudzevas Church, Durbes Church, and Zemites Church.  We have been sending Christmas gift baskets for their needy pensioners and parishioners.  We have sponsored several of their young members to attend summer camp.  In addition we regularly send support to a Soup kitchen at St Saviour’s Anglican Church in Riga, and to a small “Seniors’ Club”, also in Riga.

We have periodically visited our “Sister Congregations” in Latvia to maintain personal contacts.  We have exchanged Christmas greetings vis video clips, which have been well-received on both sides.

We are a dedicated group, continuing to work hard to garner ongoing support from the Latvian community in general.  Our fund-raising events include an Annual Mother’s Day Fabulous Breakfast, poetry readings, Latvian film evenings as well as charity concerts.  The Collection at the Christmas Eve Church service is also dedicated to this project.  Recently a number of people have started making generous contributions outside of our actual fund-raisers.

The Committee members are: 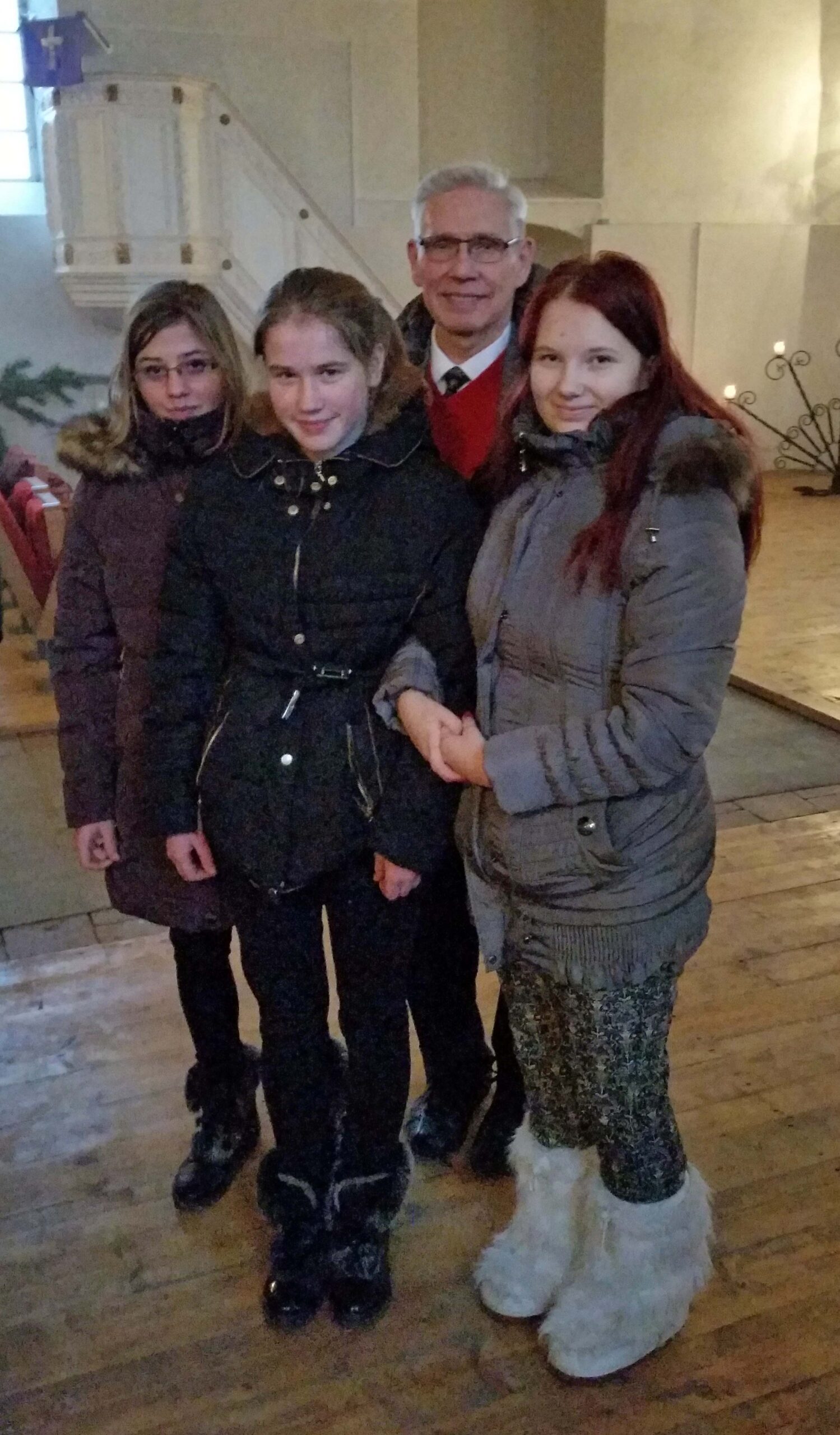 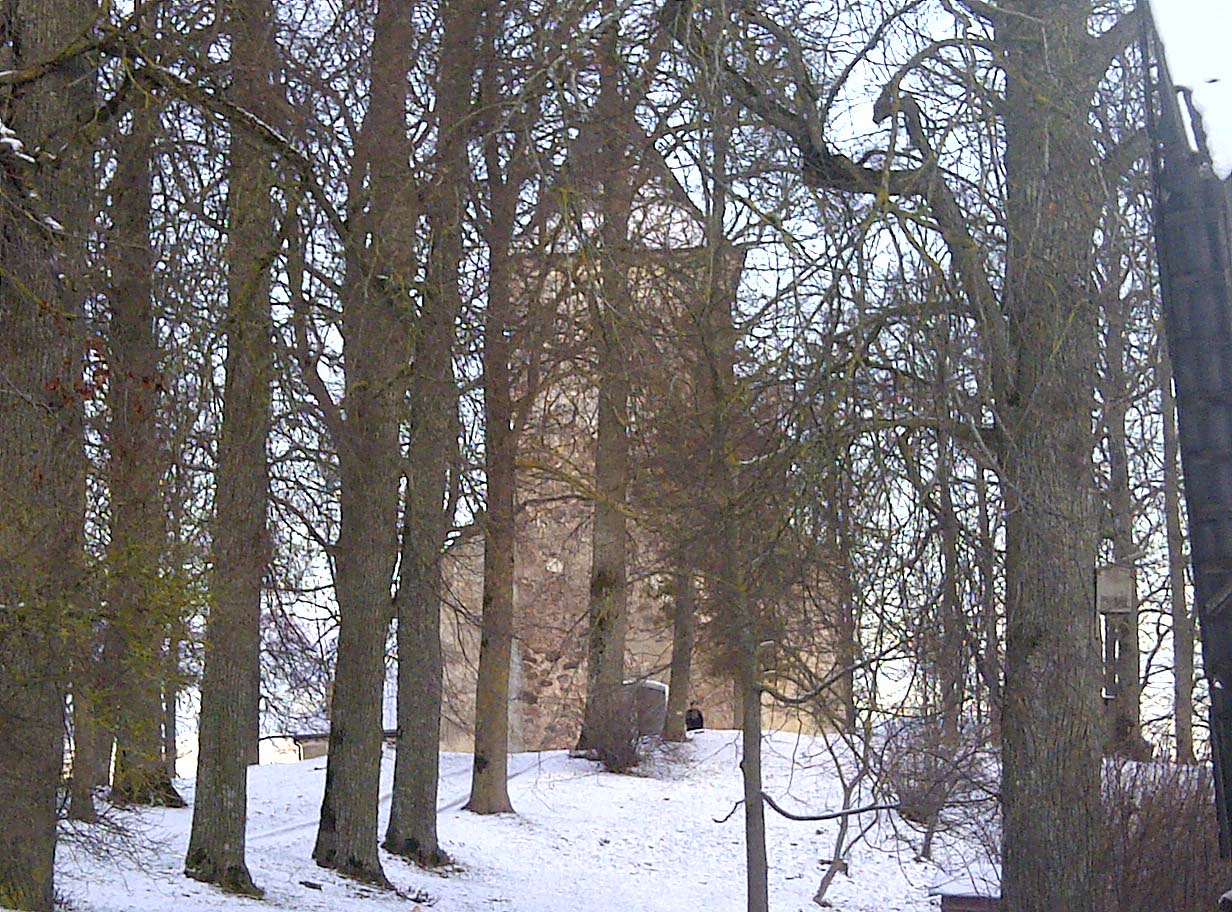 Lunch at the Riga Soup Kitchen 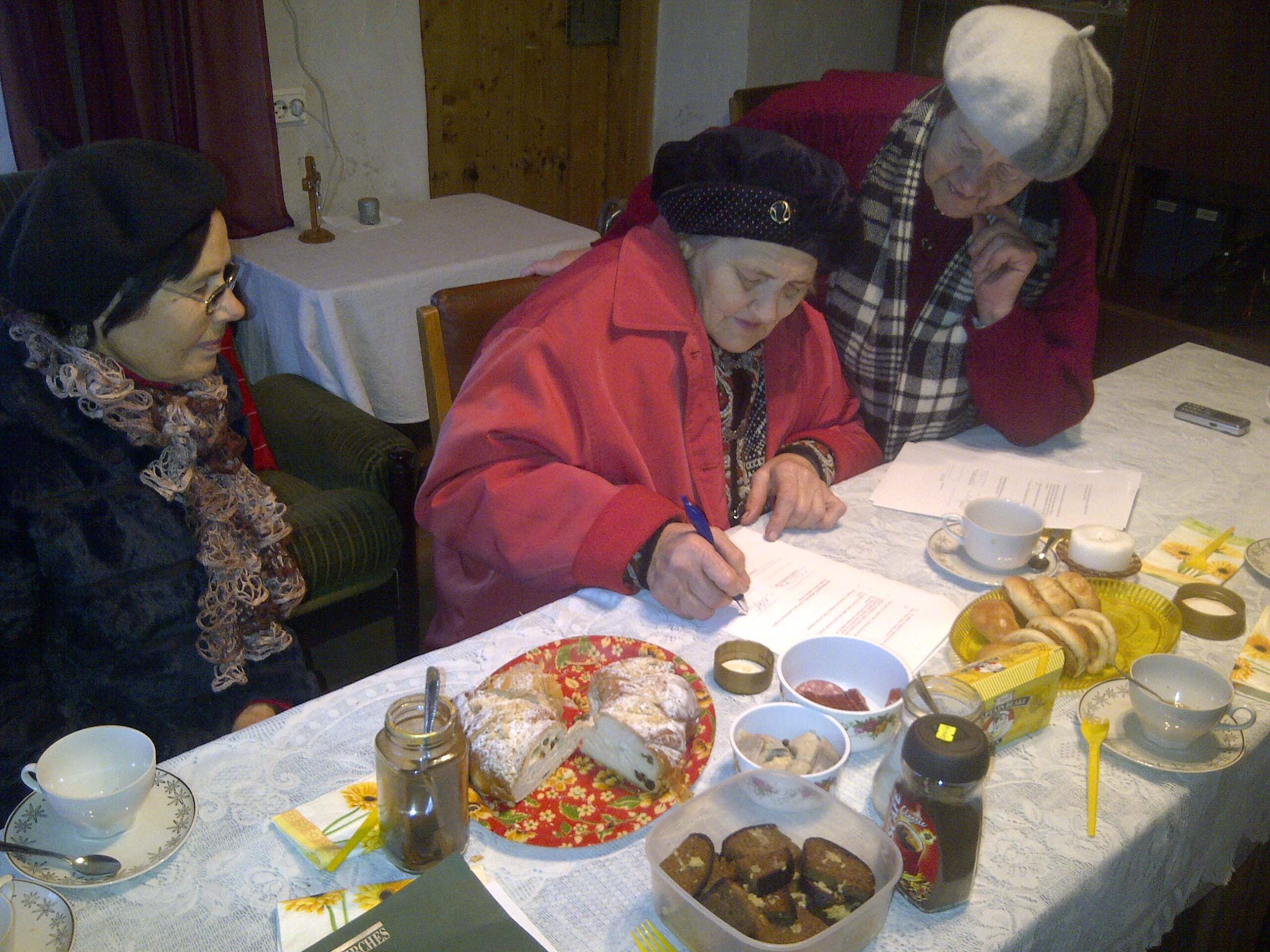 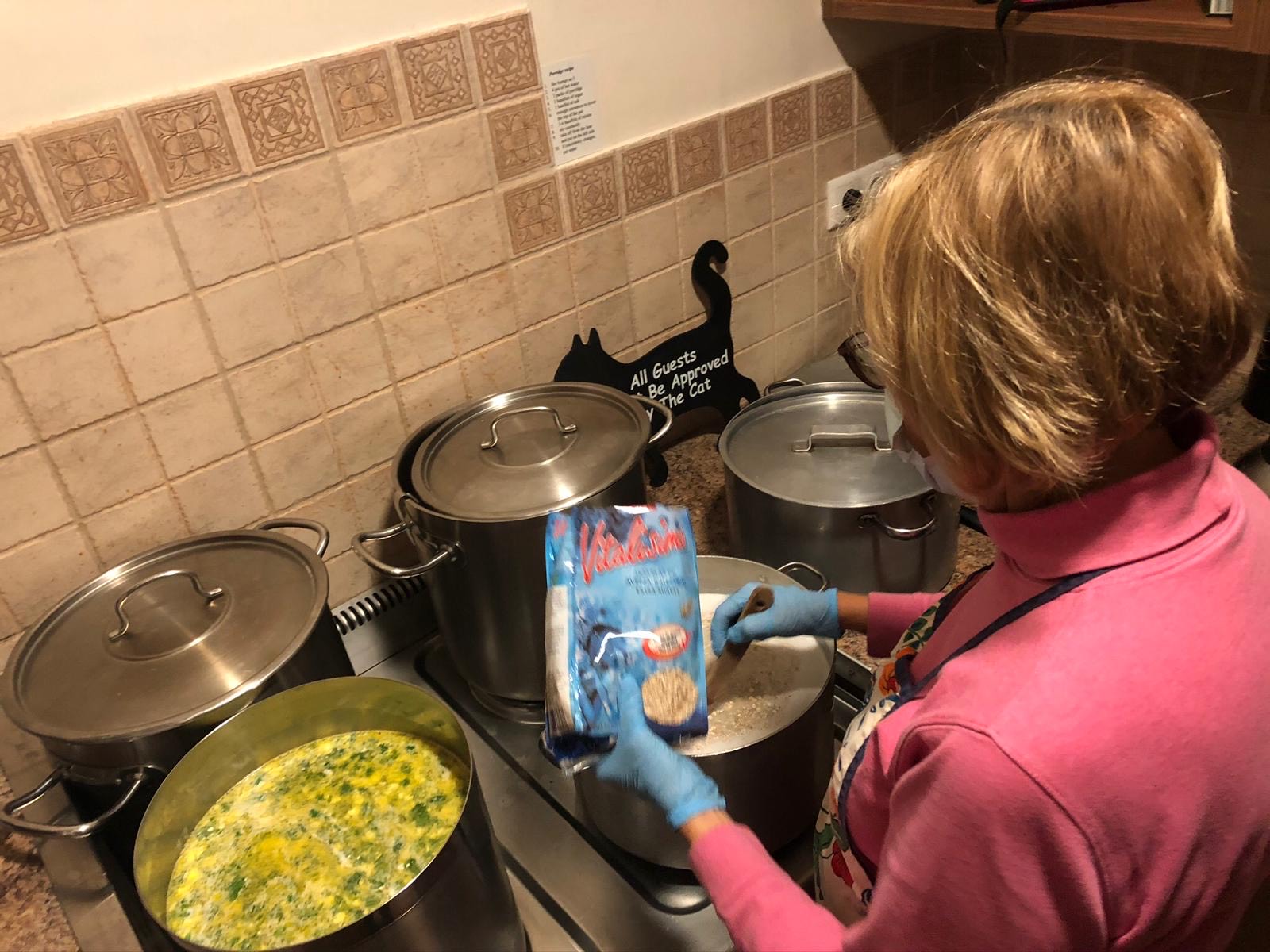 A happy Daudzeva congregation recipient of our Christmas gift basket.